Point defects can be detrimental or absolutely necessary for the performance of a material. Due to the implications defects have on a material, defects have been widely studied over the last century. However, there are plenty of open questions that concerns the effect of point defects in materials but also properties of defects that are common across materials. This thesis consists of studies on equilibrium properties of oxygen vacancies and optical lineshapes of transitions on point defects.

Using first principles calculations, general properties of oxygen vacancies in wide band gap oxides are revealed. The induced defect level of the oxygen vacancy is found to be constant in a number of materials. It is often located in the middle of the band gap and associated with a large structural distortion upon a change in charge state. Due to the large structural distortion, oxygen vacancies may play a role in luminescence quenching in oxide based phosphors and recombination processes in general. A possible recombination mechanism involving oxygen vacancies is proposed in the oxide phosphor Ce:YAG, which could explain the luminescence quenching. 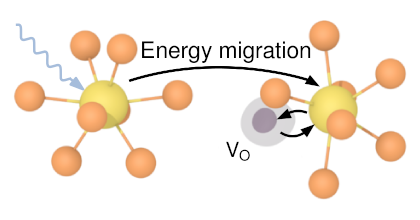 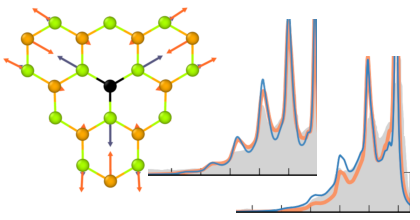