Gas phase condensation of silicon and silicon carbide nanoparticles is studied by molecular-dynamics simulations. By using a recently developed bond-order potential for Si, C and SiC we investigate the fundamental processes governing nucleation and growth of SiC nanoparticles. For the case of elemental silicon particles we show that variations in the binding energy of dimers, which represent stable nuclei for the condensation process, significantly affect the long time evolution of the cluster formation process. A detailed analysis of the molecular reactions during the early stages of SiC particle growth is presented. Reactions, in which silicon monomers are formed, are dominant in case of stoichiometric composition of the precursor gas. Moreover, we find the formation of carbon-dominated species to be preferred and a sensitive dependence of the particle composition and morphology on the processing conditions, especially the cooling and precursor gas composition. 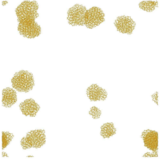 Condensation of silicon nanoclusters from the vapor phase is investigated by means of atomic scale molecular dynamics simulations and discussed with respect ... 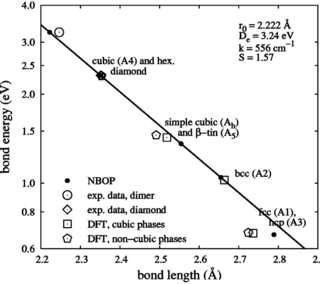 We present an analytical bond-order potential for silicon, carbon and silicon carbide that has been optimized by a systematic fitting scheme. The functional ...