Triplet-triplet annihilation photon upconversion (TTA-UC) can, through a number of energy transfer processes, efficiently combine two low frequency photons into one photon of higher frequency. TTA-UC systems consist of one absorbing species (the sensitizer) and one emitting species (the annihilator). Herein, we show that the structurally similar annihilators, 9,10-diphenylanthracene (DPA, 1), 9-(4-phenylethynyl)-10-phenylanthracene (2) and 9,10-bis(phenylethynyl)anthracene (BPEA, 3) have very different upconversion efficiencies, 15.2 +/- 2.8%, 15.9 +/- 1.3% and 1.6 +/- 0.8%, respectively (of a maximum of 50%). We show that these results can be understood in terms of a loss channel, previously unaccounted for, originating from the difference between the BPEA singlet and triplet surface shapes. The difference between the two surfaces results in a fraction of the triplet state population having geometries not energetically capable of forming the first singlet excited state. This is supported by TD-DFT calculations of the annihilator excited state surfaces as a function of phenyl group rotation. We thereby highlight that the commonly used “spin-statistical factor” should be used with caution when explaining TTA-efficiencies. Furthermore, we show that the precious metal free zinc octaethylporphyrin (ZnOEP) can be used for efficient sensitization and that the upconversion quantum yield is maximized when sensitizer-annihilator spectral overlap is minimized (ZnOEP with 2). 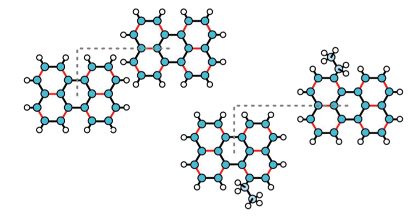 Perylene is a promising annihilator candidate for triplet-triplet annihilation photon upconversion, which has been successfully used in solar cells and in ph... 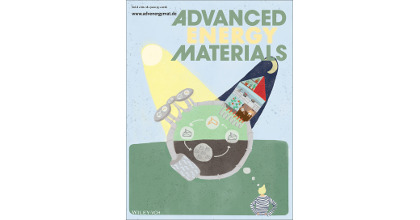 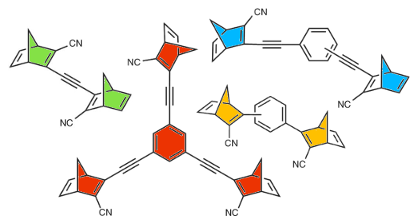