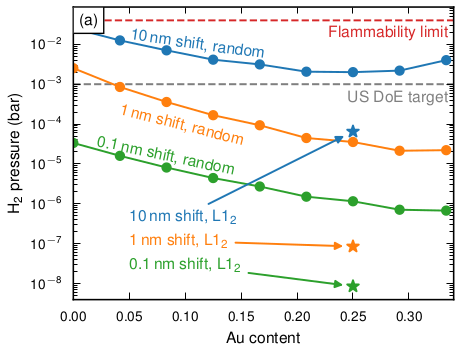 Pd nanoalloys have shown great potential as hysteresis-free, reliable hydrogen sensors. Here, a multi-scale modeling approach is employed to determine optimal conditions for optical hydrogen sensing using the Pd-Au-H system. Changes in hydrogen pressure translate to changes in hydrogen content and eventually the optical spectrum. At the single particle level, the shift of the plasmon peak position with hydrogen concentration (i.e., sensitivity) is approximately constant at 180 nm/cH for nanodisk diameters ≳ 100 nm. For smaller particles, the sensitivity is negative and increases with decreasing diameter, due to the emergence of a second peak originating from coupling between a localized surface plasmon and interband transitions. In addition to tracking peak position, the onset of extinction as well as extinction at fixed wavelengths is considered. Invariably, the results suggest that there is an upper bound for the sensitivity that cannot be overcome by engineering composition and/or geometry. While the alloy composition has a limited impact on sensitivity, it can strongly affect H uptake and consequently the detection limit. It is shown that the latter could be substantially improved via the formation of an ordered phase (L12-Pd3Au), which can be synthesized at higher H partial pressures. 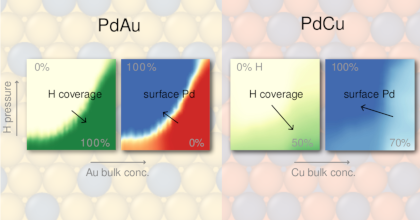 The safe widespread application of hydrogen-based fuels requires sensors that are long-term stable, inexpensive, hydrogen specific and have a short response ... 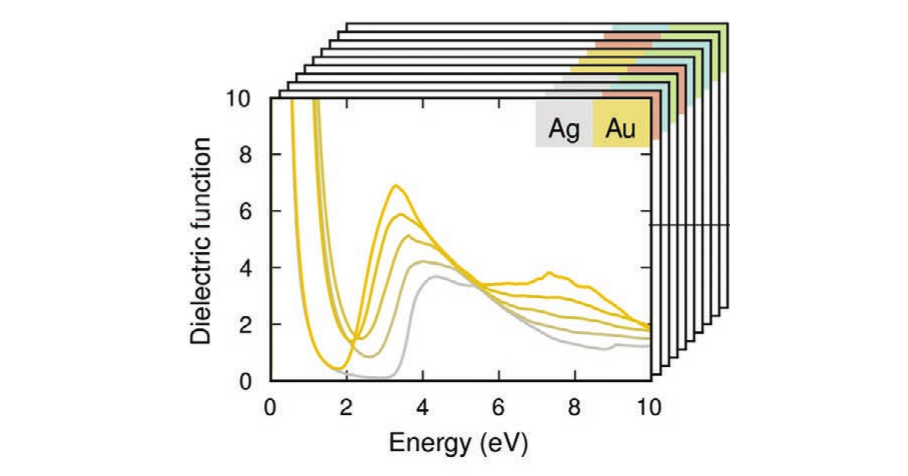 Accurate complex dielectric functions are critical to accelerate the development of rationally designed metal alloy systems for nanophotonic applications, an... A tale of two phase diagrams: Interplay of ordering and hydrogen uptake in Pd-Au-H Permalink

Due to their ability to reversibly absorb/desorb hydrogen without hysteresis, Pd–Au nanoalloys have been proposed as materials for hydrogen sensing. For sens...